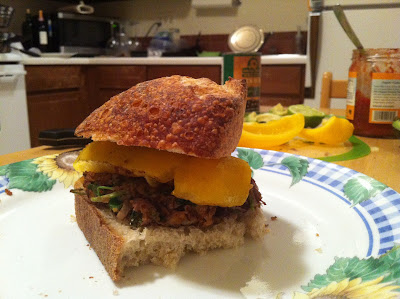 I'd like to start out by sharing a piece of fact about me. Something that makes me very proud to crash the blog of the person whose cooking has given me all of my top food experiences in life. It's been clear that not only do I lack a natural touch (like tasting before serving) and intuition for cooking, but also that I suffer from a strange disorder that makes me incapable of decoding recipes. Recipes kind of scare me.

Knowing that, let's quickly jump over to the two overall experiences that stands out in my Boulder-adventure. The first one is that I've never before had a similar longterm experience of healthy and delicious food. This place is stuffed with great restaurants and organic produce. Neither have I ever experienced such a vibrant place that sparks ideas the way this town does. It's an atmosphere where anything feels doable, and where the runway from idea to actually doing something seems very short. The amount of progressive and forward thinking people and entrepreneurs in Boulder is striking and the question "Why?" has bugged and entertained me since my first day here. Trying to give a deeper answer to that question is an ongoing project, and will most probably be the subject of a later blog-crash.

However I think this post could be a good start to chew a bit deeper into it, and what place could possibly be better than gathering in the Kitchen? The Kitchen is a restaurant here in Boulder and works as a good example of people that want to get down to imagining and shaping a bright and sustainable future. Founded in Boulder in 2003 The Kitchen was part of the pioneer era of the "Farm-to-table"-movement, with the simple idea to source food from people they knew and serve it to people they knew. What's even more interesting is that the Kitchen quickly not only gained trust among existing local supplying farmers who suddenly could appreciate a new sense of security in their own business but also encouraged others to begin planting their own farms. Adding to that, The Kitchen also recycles or composts nearly all of its waste, down to the cooking oil (a neighbor uses it for biodiesel) and the take-out containers (biodegradable). Its electricity comes from wind farms.* I could go on.

So, crashing a blog about stuff you wanna eat, I feel kind of obliged to wrap this up by sharing a recipe. But you know I can't. So instead I''m gonna share an idea for a potential start-up that's been bouncing back and forth between my right and left brain for a while: The dream about founding my own burger-restaurant chain. Yes, I'm aware that it might sound like a weird thing to say for a guy who just confessed that he neither can read nor write a recipe. But the (unique selling) point is that this restaurant potentially could attract, encourage and even employ a lot of recipe-dyslectic people like me. Last night I decided to do some rapid prototyping. I call it "The Pepper Hamburger" and its ingredients are hunger, courage, yellow pepper and anything else that makes it feel like a Pepper Hamburger. The result could have been considered "only edible", but the spicy feeling of bringing an idea to life made it the best burger I've ever had. You should try it.


“Hi, can I crash on your blog?” – Blog surfing by Petter Hanberger
This is the story of my Boulder experience, and it’s a tiny experiment in collaborative communication or cross pollination, or guest blogging if you like. I’m hoping to find a new blog to crash each week, and contribute with a post that’s relevant for the specific host. If you have a blog I could crash, please let me know. 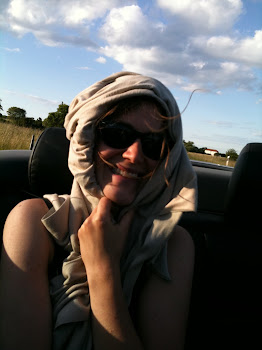 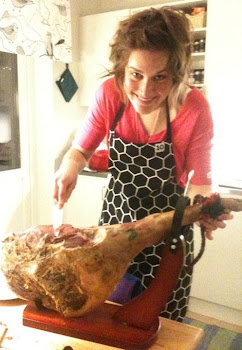